It was the dust and music that people were talking about at this year’s Roskilde Festival. Of course, the music is the most important thing – that’s what we think. As music festivals always – or at least always – take place outdoors, the weather is a very important parameter for the experience. You will check the weather forecast regularly during the weeks up to the festival, and more intensively in the days just before. No exception this year. The weather looked very fine and promising because Denmark has had the longest and perhaps driest period ever. After a couple of months without any rain, there was a little concern about whether it would keep dry until the Roskilde Festival.

It did keep dry. In fact, the weather was reasonably good. It was dry, hot and with some sunshine – and not any kind of precipitation. The long drought also meant that the infamous “smat” (very muddy condition) of the festival didn’t appear this year. But on the other hand, the air was filled with dust. The dust went straight into your throat, in the eyes and everything was covered in dust. More and more people covered themselves with scarves and even dust masks to reduce the genes. 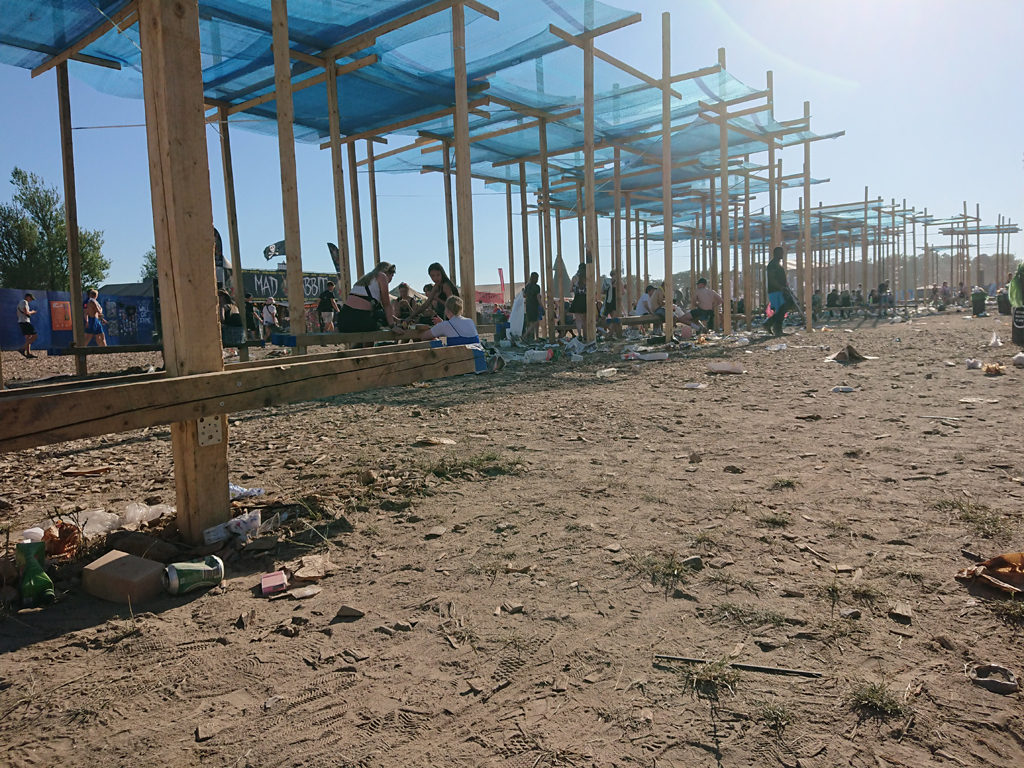 Fortunately, all the dust did not prevent us from hearing a lot of music. As always there are many bands and artists you would like to hear. It’s impossible to hear everything. Sometimes you also discover something you did not have on the “list”, some bands disappoint live and sometimes there’s just that band you must go see and the miss another concert.

One of the bands we heard Wednesday – the first day of the festival – was the British Duo Slaves. It was an energetic and high-speed concert at Pavilion. The singer was more than one time down among the audience. The band also played one of their songs twice in a row! Not because it was a special good song, but it lasted only 10 seconds – therefore we should hear it twice.

It was a different style and genre when we later heard St. Vincent at Arena. We did not really know the American artist, who is known for her guitar playing and alternative futuristic indie pop. But we were pleasantly surprised.

This year’s big “attraction” was Eminem, who played on Orange on Wednesday night. It was the first time the American rapper was playing in Denmark. It was full packed in front of Orange and there was no space left for more people. Of course, we were there too. We actually stayed in the crowd for the whole concert as it actually turned out to be a very good one – and yes we also got the old hits like “Stan” and “Slim Shady”. 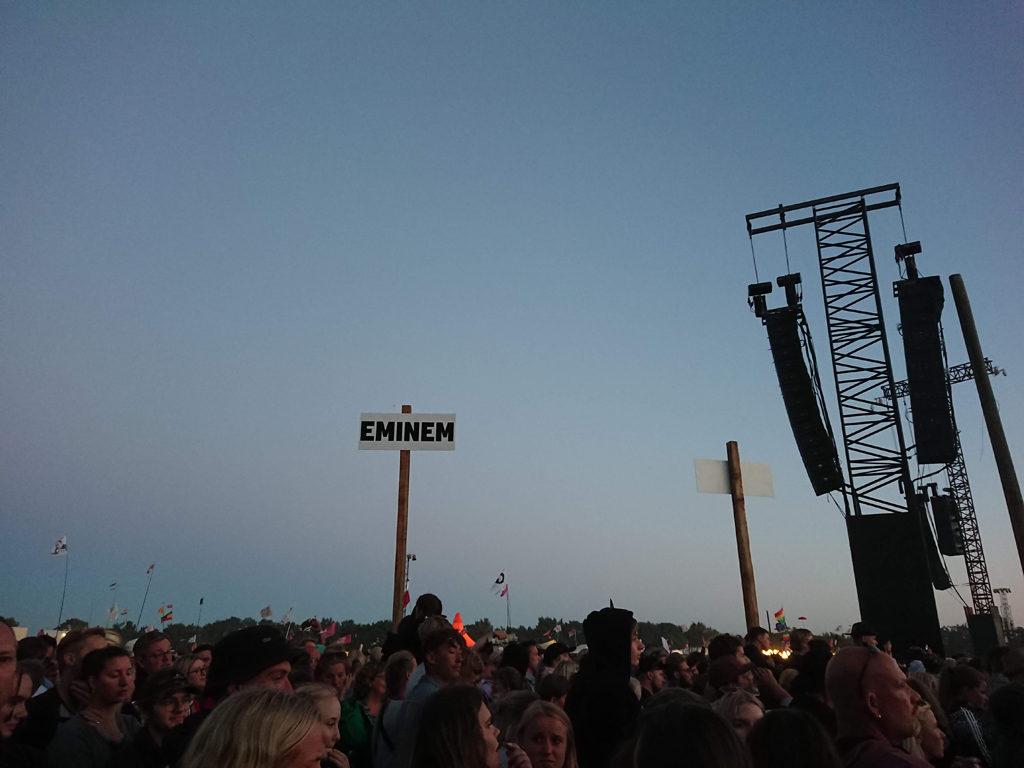 Roskilde is ready for Eminem

We did not stay for the whole concert with Nine Inch Nails, who performed at Arena. We were too tired for a US industrial rock sound so after a few songs we headed to the exit.

Thursday played the Swedish duo First Aid Kit at Orange. Apart from their short call and contributions to the “me too” campaign/movement – which is certainly important and one can only support – it was a bit boring concert.

Later it was something completely different when Chelsea Wolfe played a dark, heavy, hypnotic noisy guitar rock at Pavilion. A concert we had been looking forward to and we were not disappointed. 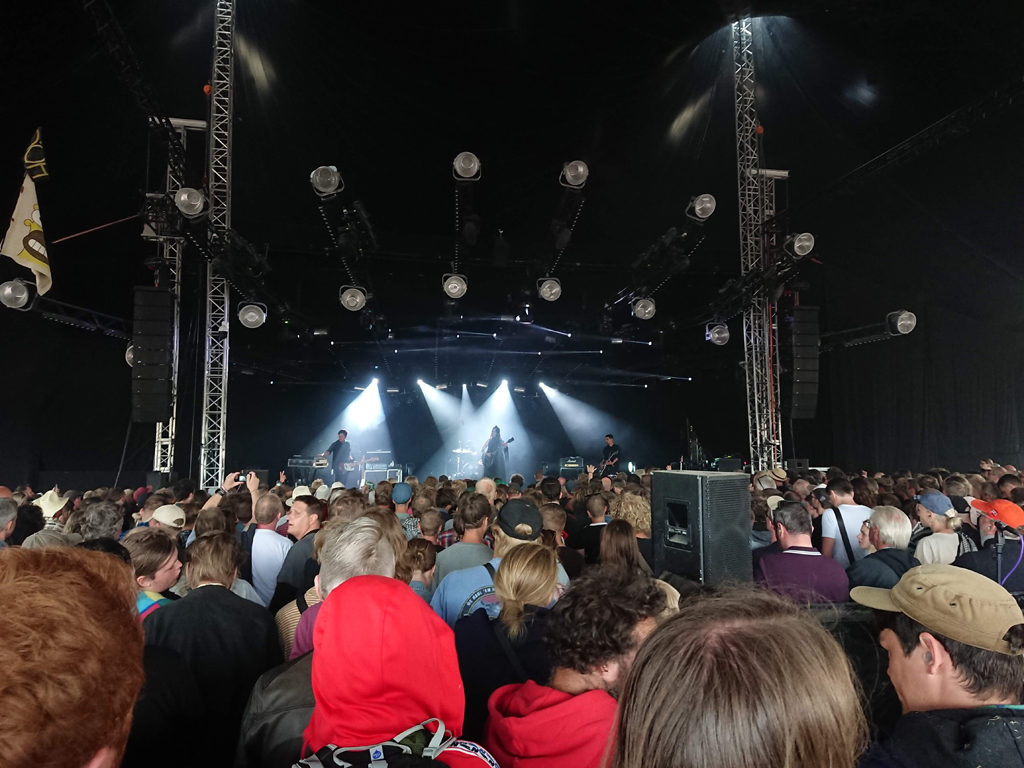 One of the best concerts at this year’s Roskilde Festival (in our opinion) was with the Danish trio Nelson Can. For the occasion, they were joined by some of their friends on stage as backing singers and on additional instruments. Nelson Can is one of the less known bands, but they are one of our favorite bands. They managed to create an amazing atmosphere throughout the entire Avalon tent, which was completely full. You got the feeling that “everyone” was there. Even Kurt Strand (a former Danish tv-news presenter) was able to clap in line with the rest of the audience, although it obviously did not fall naturally to him. 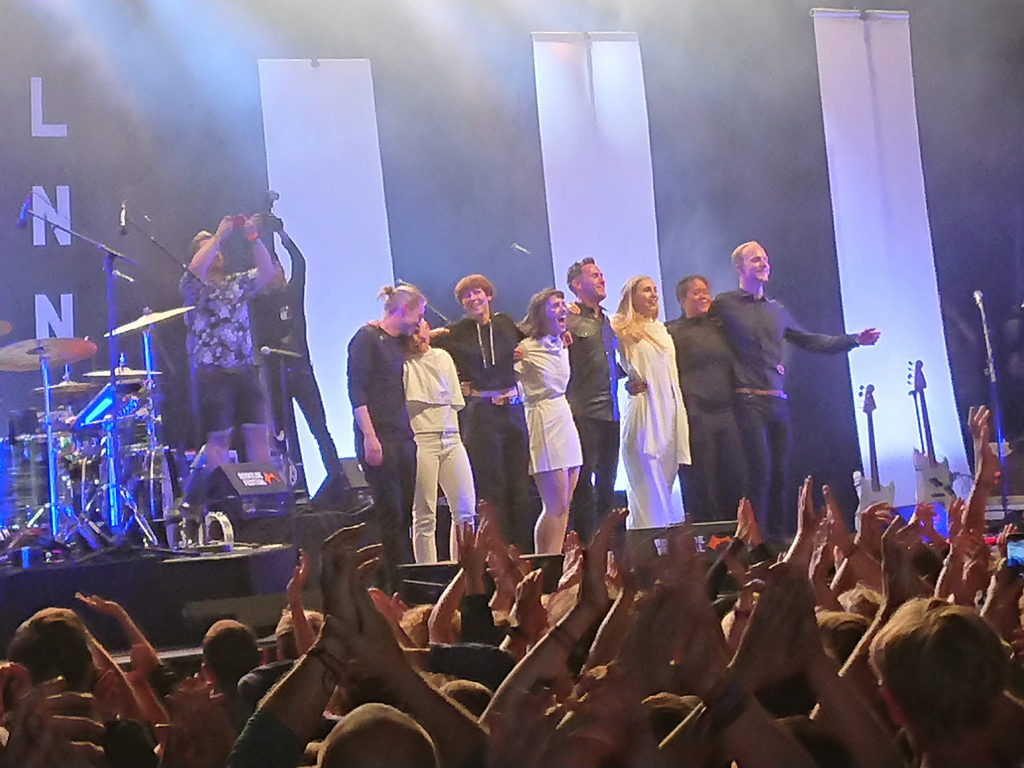 Nelson Can and friends 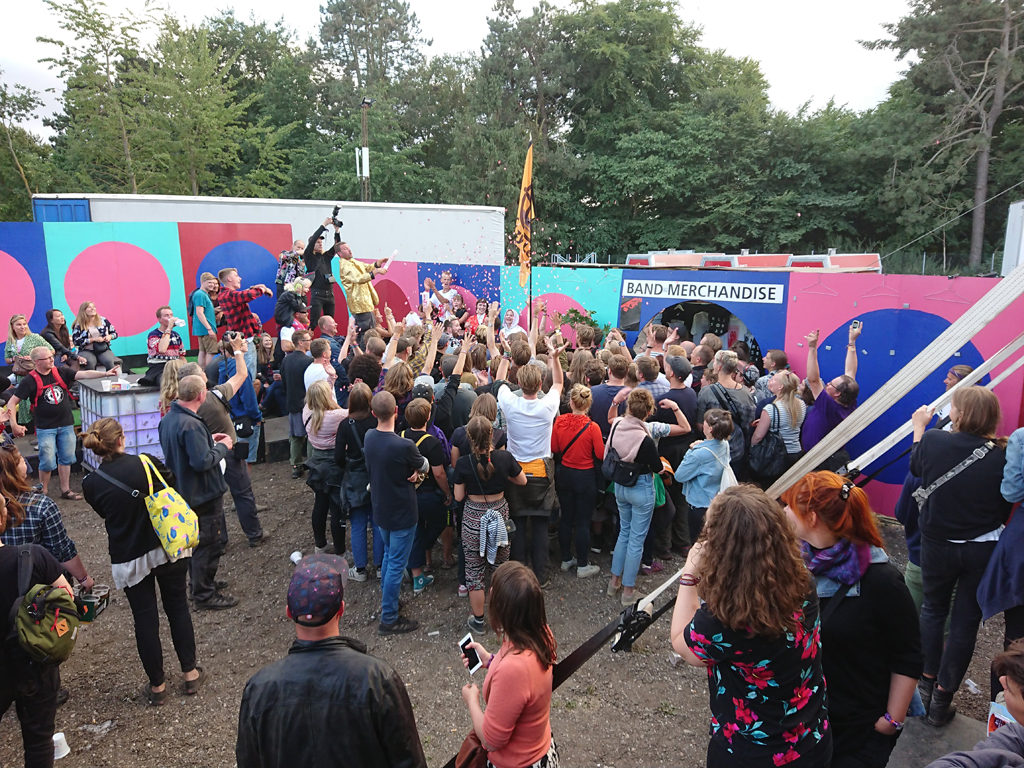 Celebrating Nelson Can after their amazing concert at Avalon

We heard some of the concert with American John Maus at Pavilion, but since we really can’t remember it, he obviously was not able to impress us. The same goes for the concert with Canadian Preoccupations, which also played at Pavillion. However, I have a have a week feeling that it was okay!

But we do remember the concert with El Leopardo. It was time for a Colombian techno party at Apollo with deep beats and Latin rhythms. It was really good and you for sure got the pulse up beating fast. 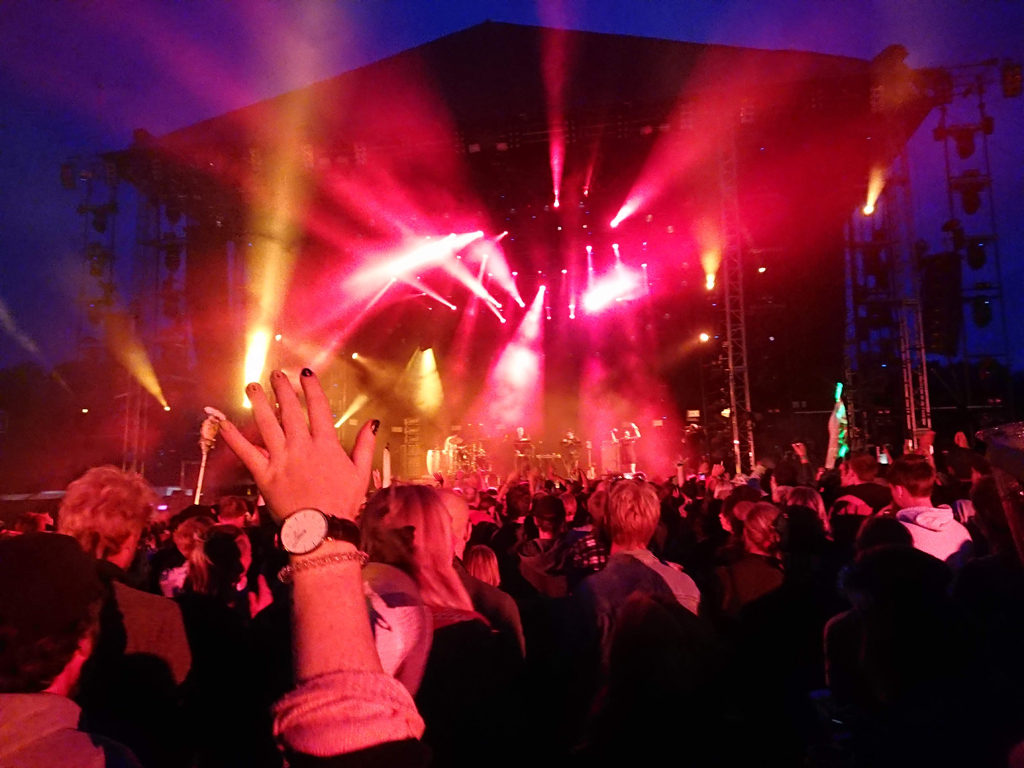 Danish Nephew had a party at Orange and the audience loved it – the whole way down to the back row. Before the concert, we had overheard a conversation between a bunch of “backstage Roskilde people” who was talking thrash about Nephews concerts and their lyrical and musical abilities so it took some of the air out of the party.

But on the other hand, we were more looking forward to the late concert at Arena with the Irish-English shoegazer band My Bloody Valentine. Unfortunately, we were not the only one who was tired at that time of the night. The sound was not very good so it did not take long before we decided it was time to go home and left the festival site.

It’s actually hard to be at the festival. Therefore we had a late start on Friday. Some of what we heard at the festivals third day was the American Indie-folk band Fleet Foxes at Arena. But they were boring so we ended up hearing them from a distance while we got some food.

Danish band The Minds of 99 are very popular among the younger part of the crowd. No doubt about that when they played at Orange. But we were waiting for Australian Nick Cave & The Bad Seeds, one of the headliners this year. It was a good concert at Orange, but it was not as good as the one in Royal Arena back in 2017 . 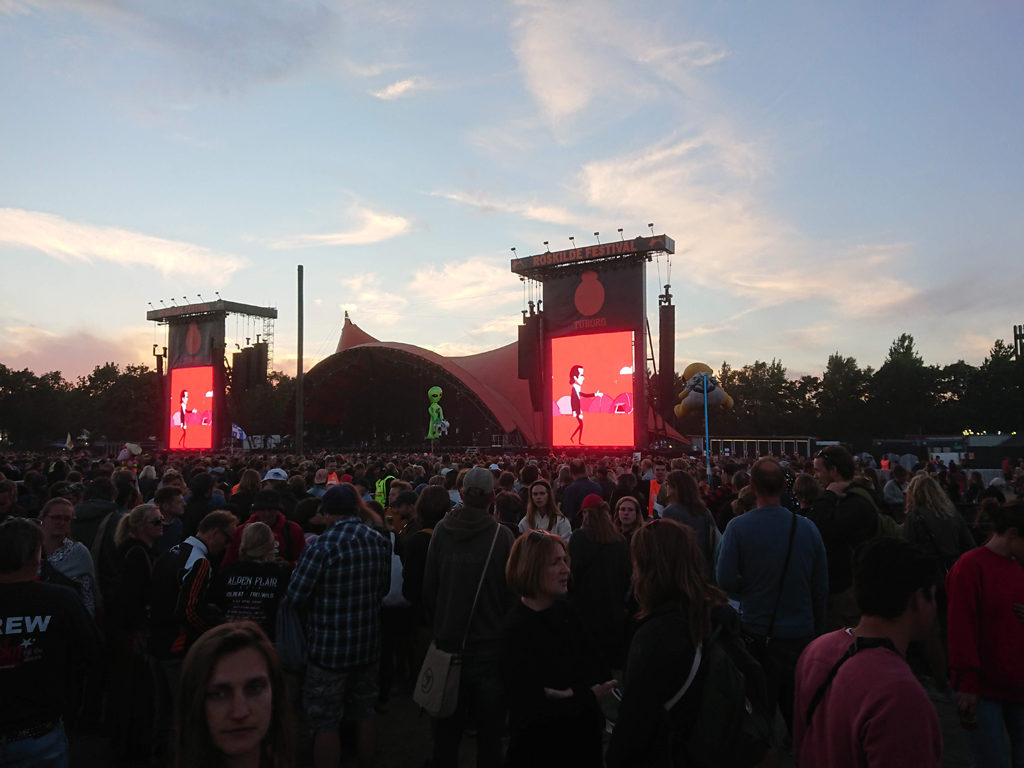 If you are into music in the more heavy genre, then we recommend Danish Myrkur and her melodic black metal. Especially Uffe was looking forward to the concert at Pavilion, but we both thought it was a good concert.

Friday evening, the British trip-hop band Massive Attack delivered a really good concert at Orange. A band that has been around for some years and it was like a trip back in time when they played Unfinished Symphony, which hit the charts back in 1991.

Our last concert friday night was with Danish Baby In Vain at Pavilion. But again we were getting tired and we left before the end of the concert and moved toward the exit. 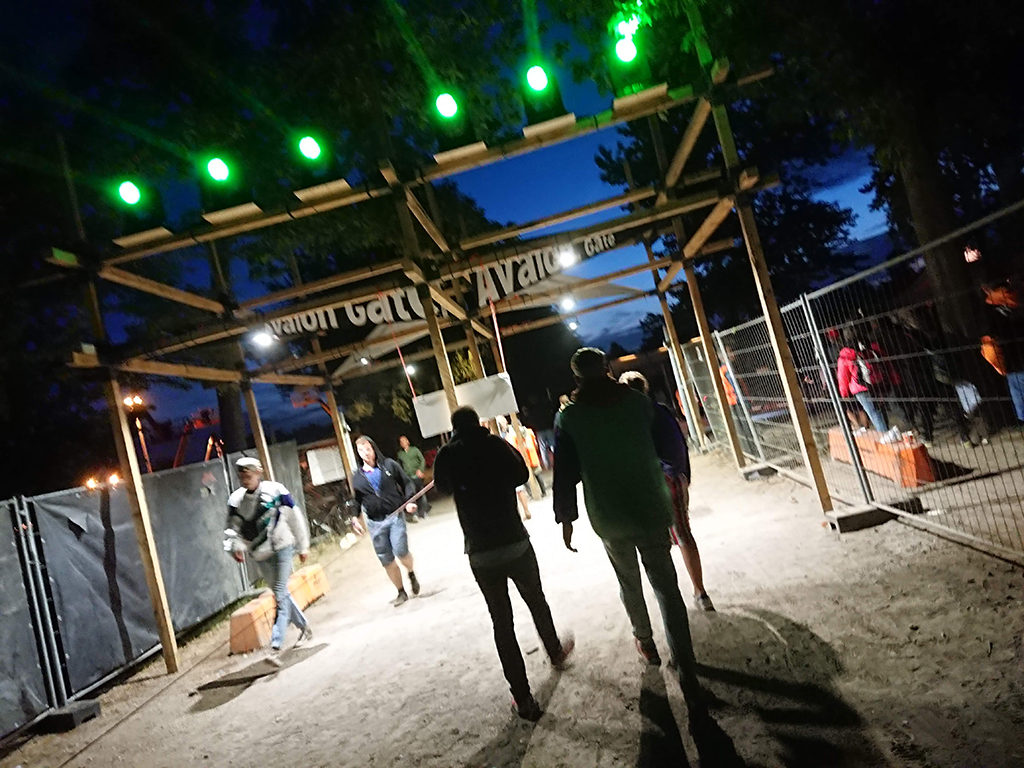 Saturday afternoon at the festival last day we heard Danish Myrkur once again. But this time it was not her black metal she was playing. The venue was Gloria and she was performing old folk songs – mainly Nordic songs – which she performed with her musicians on traditional instruments. She  and sang in Swedish, Norwegian and Danish. It was definitely one of the best concerts despite some technical problems a one point. It was a very beautiful concert with an atmosphere where one felt like it was somewhere in the Middle Ages, and every you had the feeling that in a moment the characters from the Lord of the Rings or Game of Thrones would show up too.

Another of the better concerts was with British post-rockers Mogwai, who played an excellent and atmospheric concert at Arena.

The last day of the festival went surprisingly fast and soon we were at the concert with British Gorillaz, who closed and closed the festival at Orange. The concert itself was a bit boring and finally ,when they played the old hit from the 90s Clint Eastwood, the guest rapper was so unlucky to fall down from the stage and got seriously injured. The concert was obviously stopped and a clearly affected of what had happened Damon Alburn decided that the concert ended at this point.

All in all, it was a very good Roskilde Festival with lots of good music and and a perfect atmosphere. 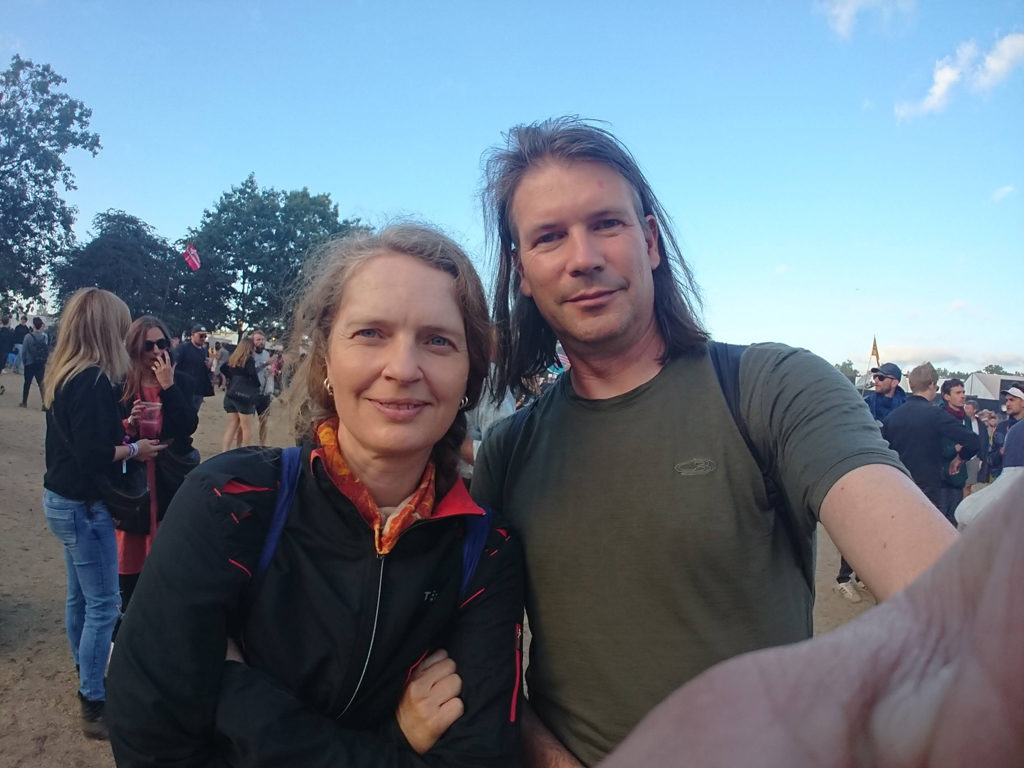 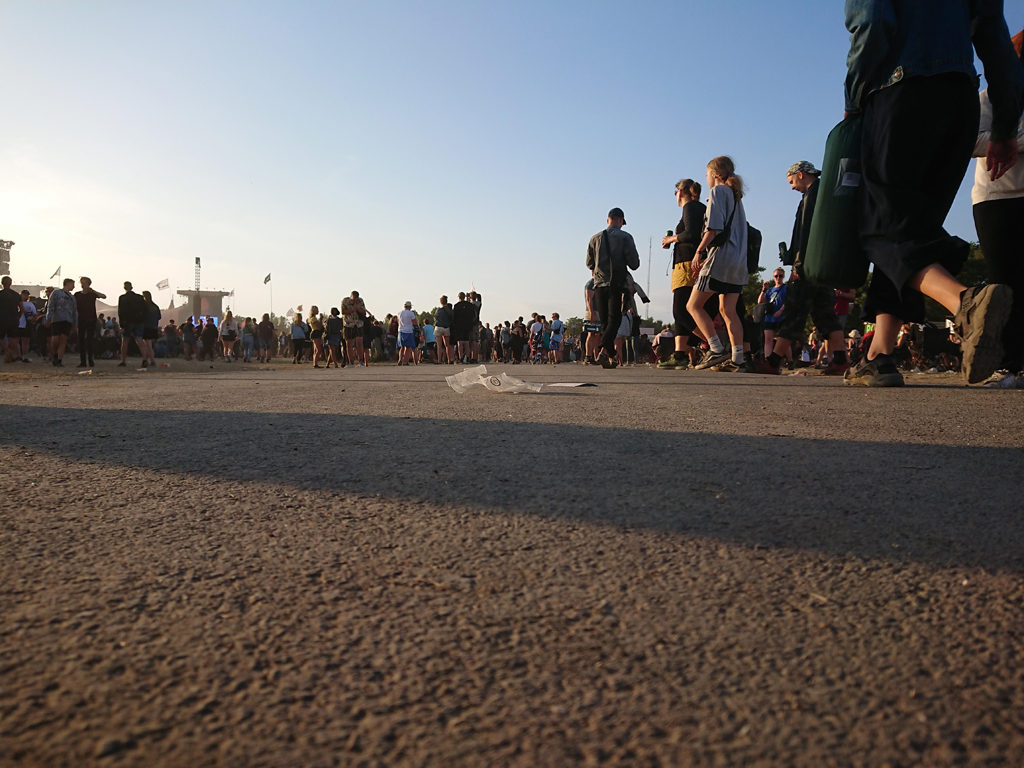 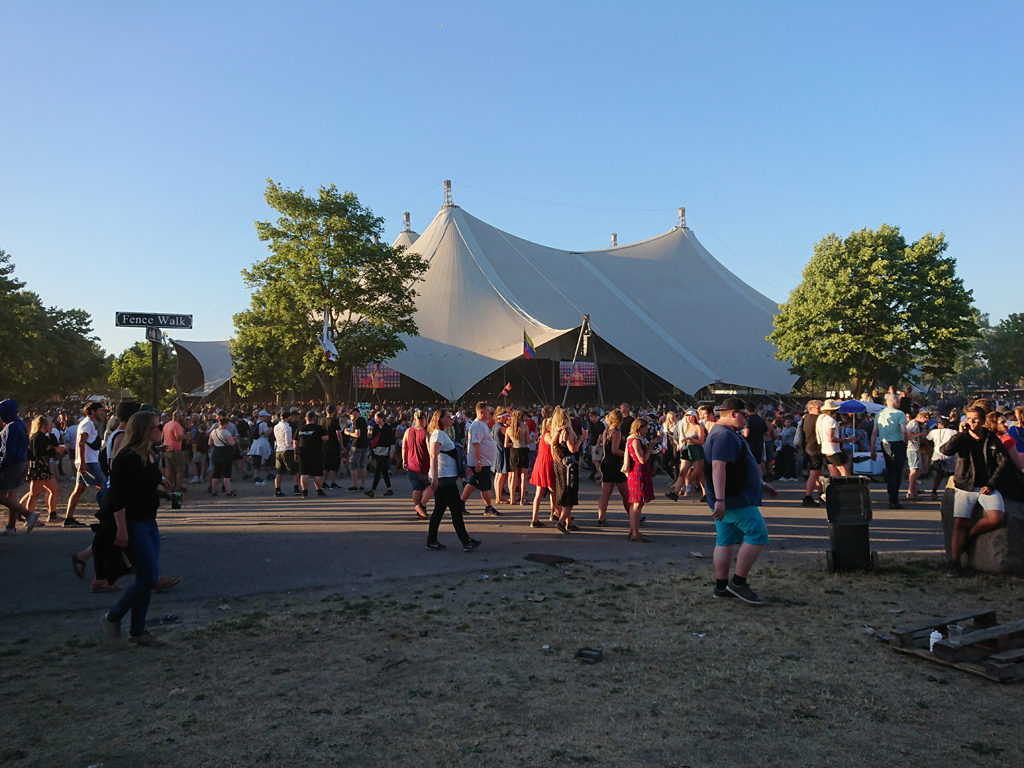 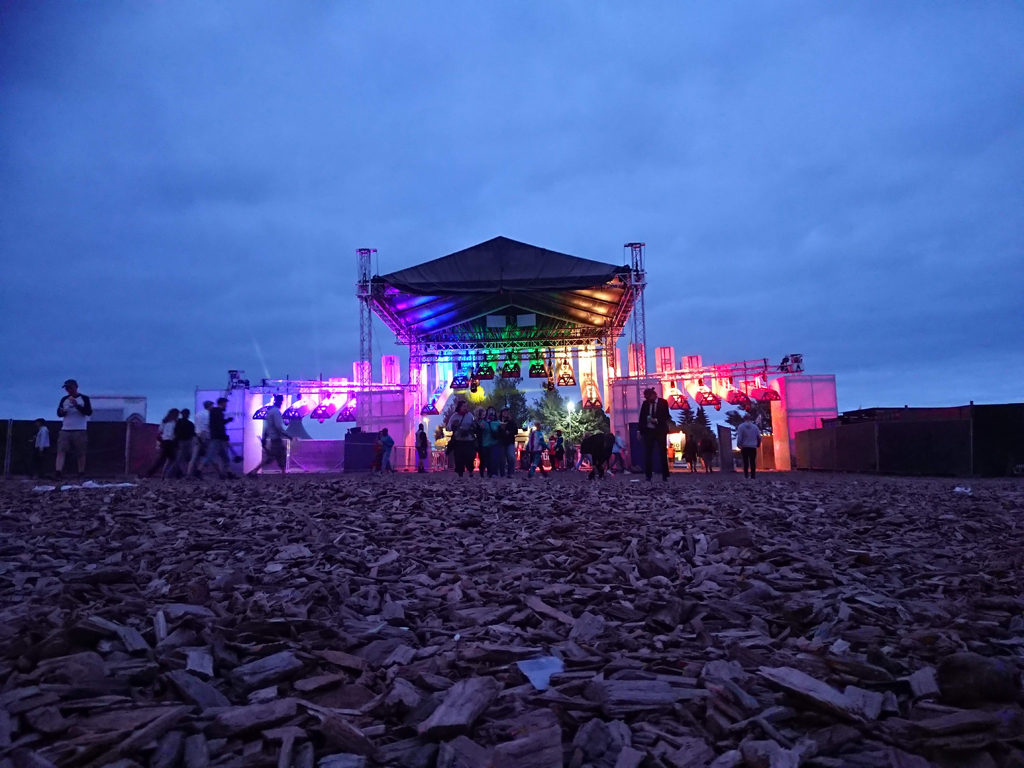