Wow! – From the moment Chrysta Bell entered the stage you was spellbound by her attitude and personality. She was sensual, sexy and at the same time it was like she was from some unearthly (I don’t now if thats the correct english word) dimension – and she was also ‘Tammy Preston’.  For those who don’t know it, Chrysta Bell plays FBI special agent Tammy Preston in the  TV-serie Twin Peak – The Return. The music was absolutely superb and seductive with its many shades. You were taken from a Copenhagen theater hall into a surreal dreamy universe in the deep, dark and mysterious forests of the Pacific Northwest to a freaky jazz club in a bleak noir scene. It was very hypnotic.

The evening’s concert was the first of two concerts in Denmark in connection with the Chrysta Bells We dissolve tour. There was of course music from her latest album We dissolve. We also got music from previous releases from her longstanding collaboration with the filmmaker David Lynch.

Chrysta Bell and her music may not have a large audience in Denmark. But she managed to create a great atmosphere in front of a small but engaged and very enthusiastic audience this spring evening. The audience’s enthusiasm after the last song was so great that Chrysta Bell – now without footwear – and the rest of the band after some time returned to the scene and played a couple of unscheduled extra numbers

If you do not know Chrysta Bell, you can find more on her official website chrystabell.com .  And at the bottom of this post you will find a Spotify playlist where you can listen to some of her music tracks. [post continues after photos]. 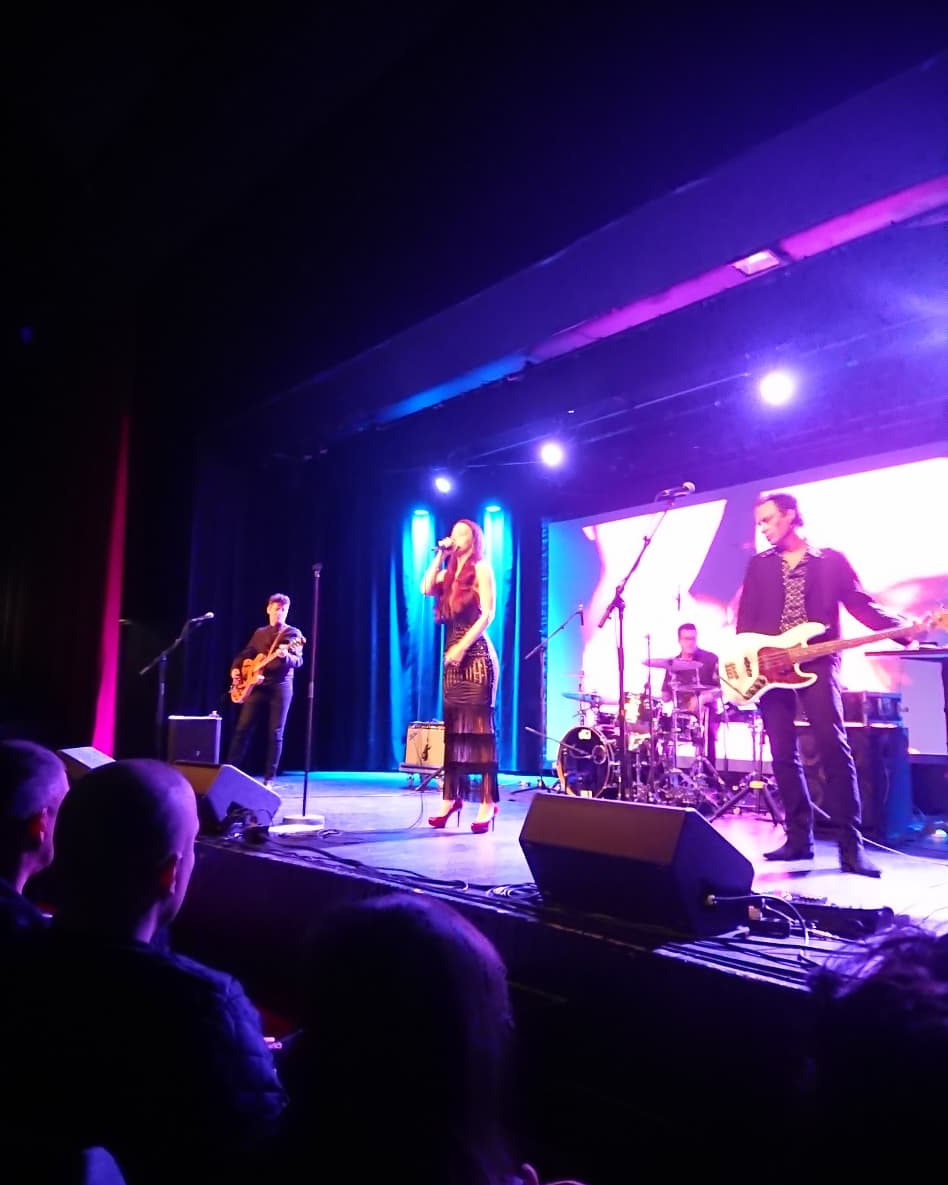 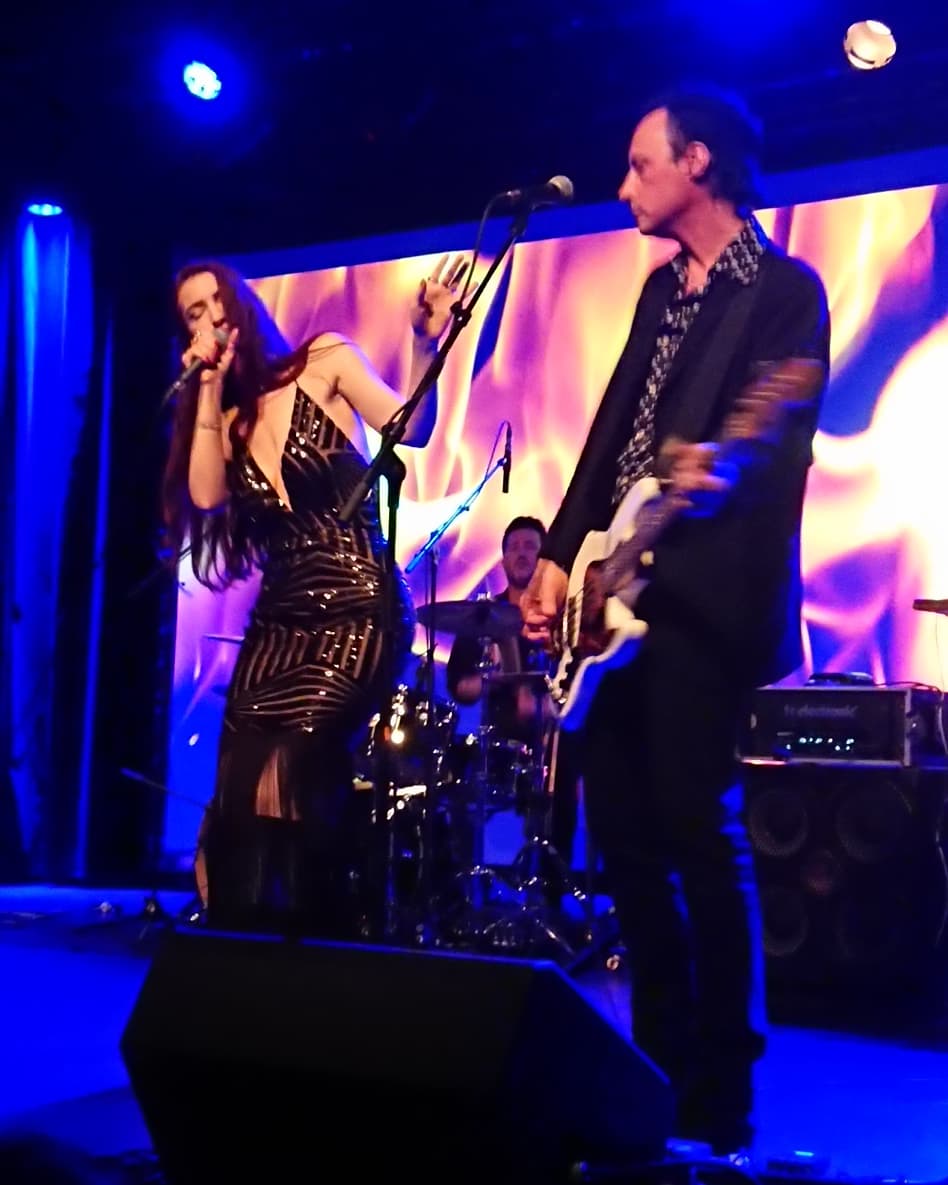 A glass of wine with Chrysta Bell and ‘Tammy Preston’

Having been in another universe and an almost euphoric atmosphere during the concert, it was a completely different and much more down to earth experience afterwards. If that was not because it was Chrysta Bell we were drinking wine and talking about the challenges of “seated” and “standing” concerts…

We were given the opportunity to meet Chrysta Bell when she after the concert came out in the foyer to enjoy a glass of wine and talk to some of her audience. After a while we had gathered so much courage and approached Chrysta Bell. She was very sweet, kind and very talkative. She seemed like she really enjoyed meeting her fans and the positive expressions she received from everyone. If we had been prepared that we were going to talk to her, there were many more questions that we would have asked her. But that must be next time.

If she was Special Agent Tammy Preston or the musician Chrysta Bell, the moment she saved Bente from getting red wine over herself is not to say. None the less she quickly and efficiently, grabbed the wineglass Bente was holding and thereby avoiding it to tilt and wasting the content on Bente’s clothes. It all happened without Chrysta Bell at any point let go of Uffe, who at the same time was in the process of being photographed together with Chrysta Bell.

It was an amazing evening in the company of Chrysta Bell and her band. 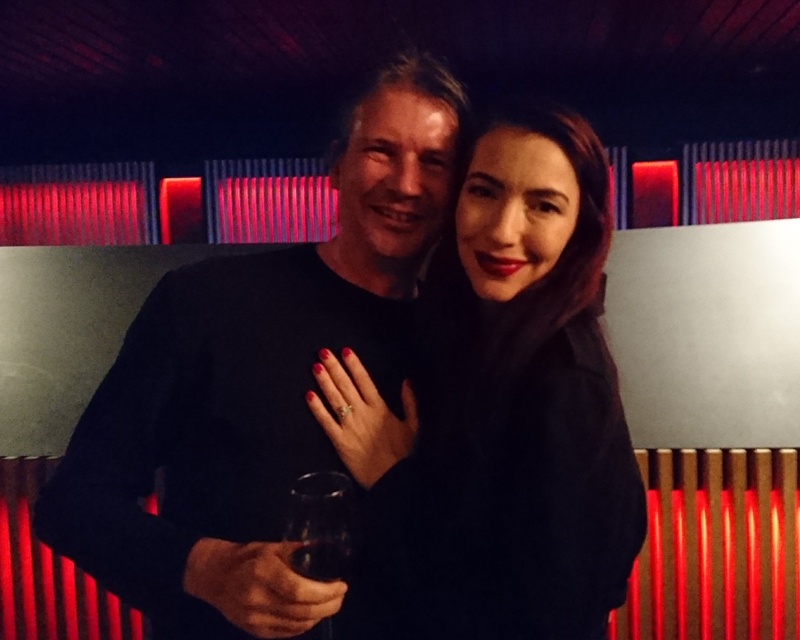 A very happy Uffe. After the concert we met Chrysta Bell.

Rul op
We use cookies to ensure that we give you the best experience on our website. If you continue to use this site we will assume that you are happy with it.OkNoPrivacy policy
Revoke cookies