Sunday evening we went to a concert in Kunsthal Charlottenborg in Copenhagen and heard Pernille Rosendahl. Together with her band, Rosendahl was touring around the country where they played a number of concerts at some of the country’s many museums. There was a lot of interest in the concerts, and we had tickets for the extra concert in Copenhagen.

Before the actual concert, the audiences were gathered in one of the museum’s showrooms. It was Pernille Rosendahl, who herself made sure that no one was left outside the room. When everyone was gathered, the lyrics to the hymn “See, now the sun is rising” was handed out. Now we should all sing the old hymn together. The hymn was written by the Danish minister Jacob Knudsen back in 1891.

After the singalong we went to the old main building where the concert was going to be held. 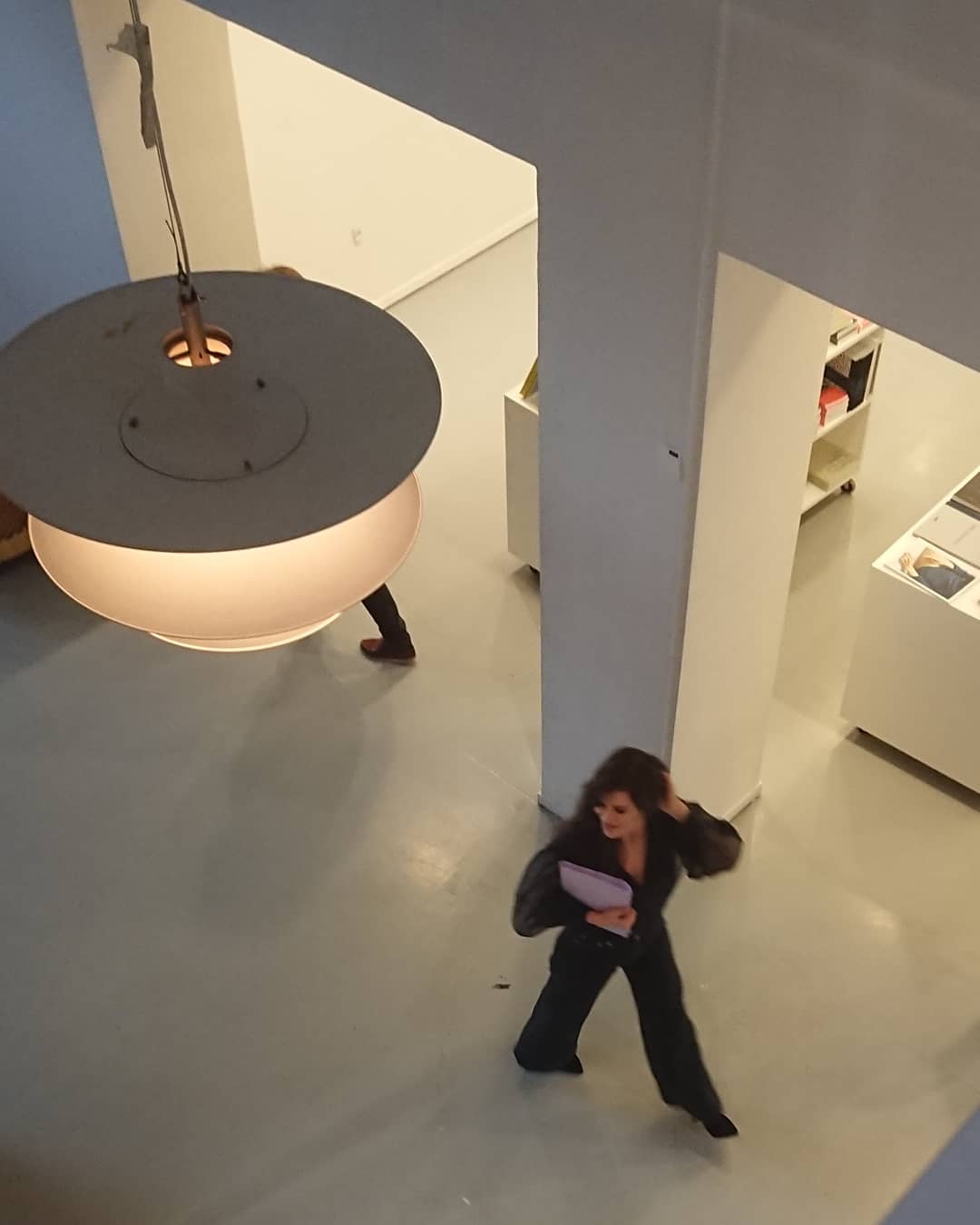 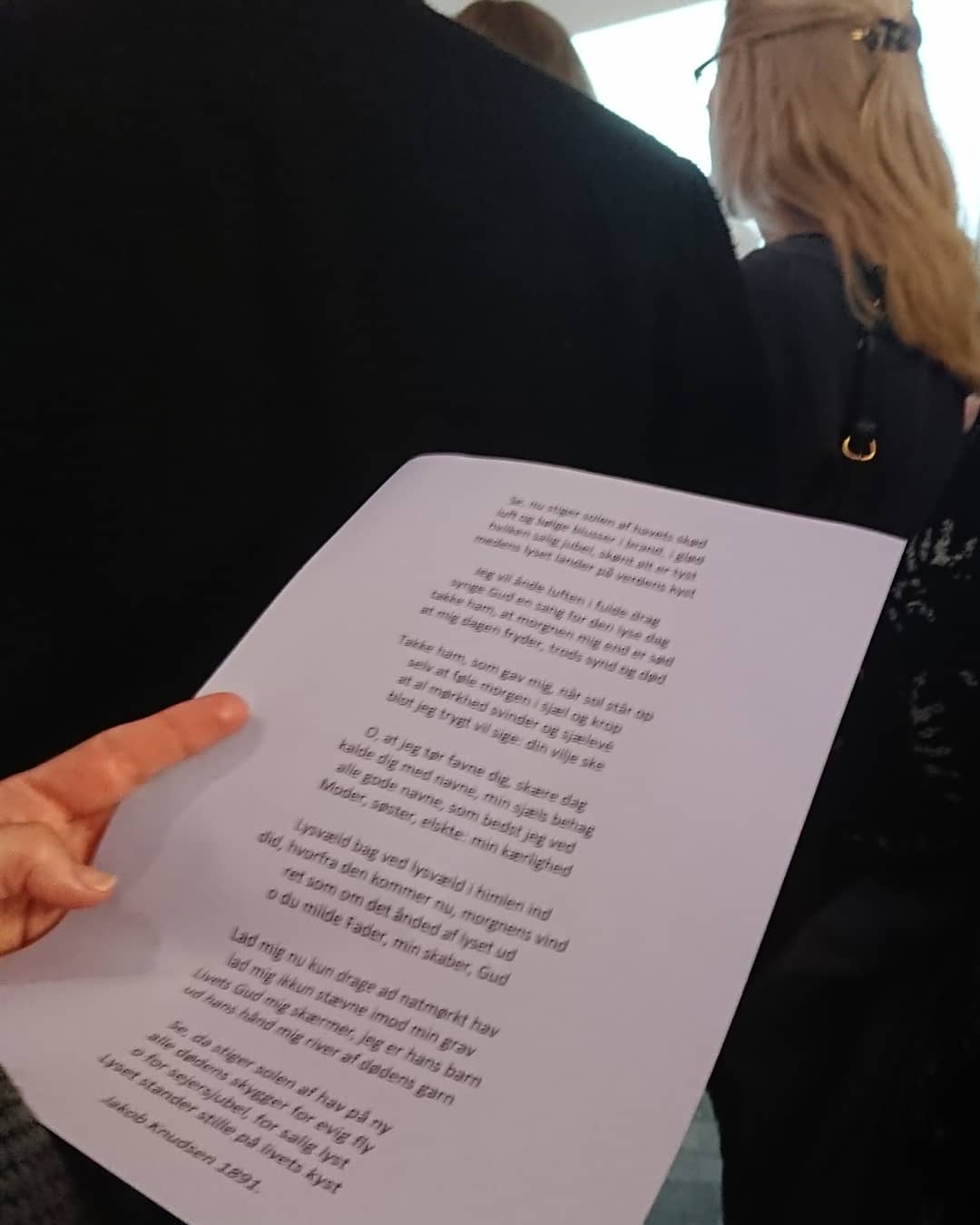 There is nothing unusual about buying drinks when you are going to concerts – and so you could this evening. The unusual thing was that you had to buy the drinks in an ‘Honesty bar’. And what is an ‘Honesty bar’? It is about honesty. Pernille Rosendahl herself had been out buying all the drinks for the evening’s concert. There was nothing missing – there was wine, beer and sodas. If you wanted something to drink then you went out and chose what you wanted and then paid by MobilePay. And that’s why it was an honesty bar because Rosendahl naturally thought people were honest and paid for what they took. We thought it was an excellent concept.

It was a very good and very atmospheric concert. We heard some of Pernille Rosendahl’s newer music, but also some of the old songs from her time in the band Swan Lee. All the music were in some interpretations adapted to the particular surroundings of museums. 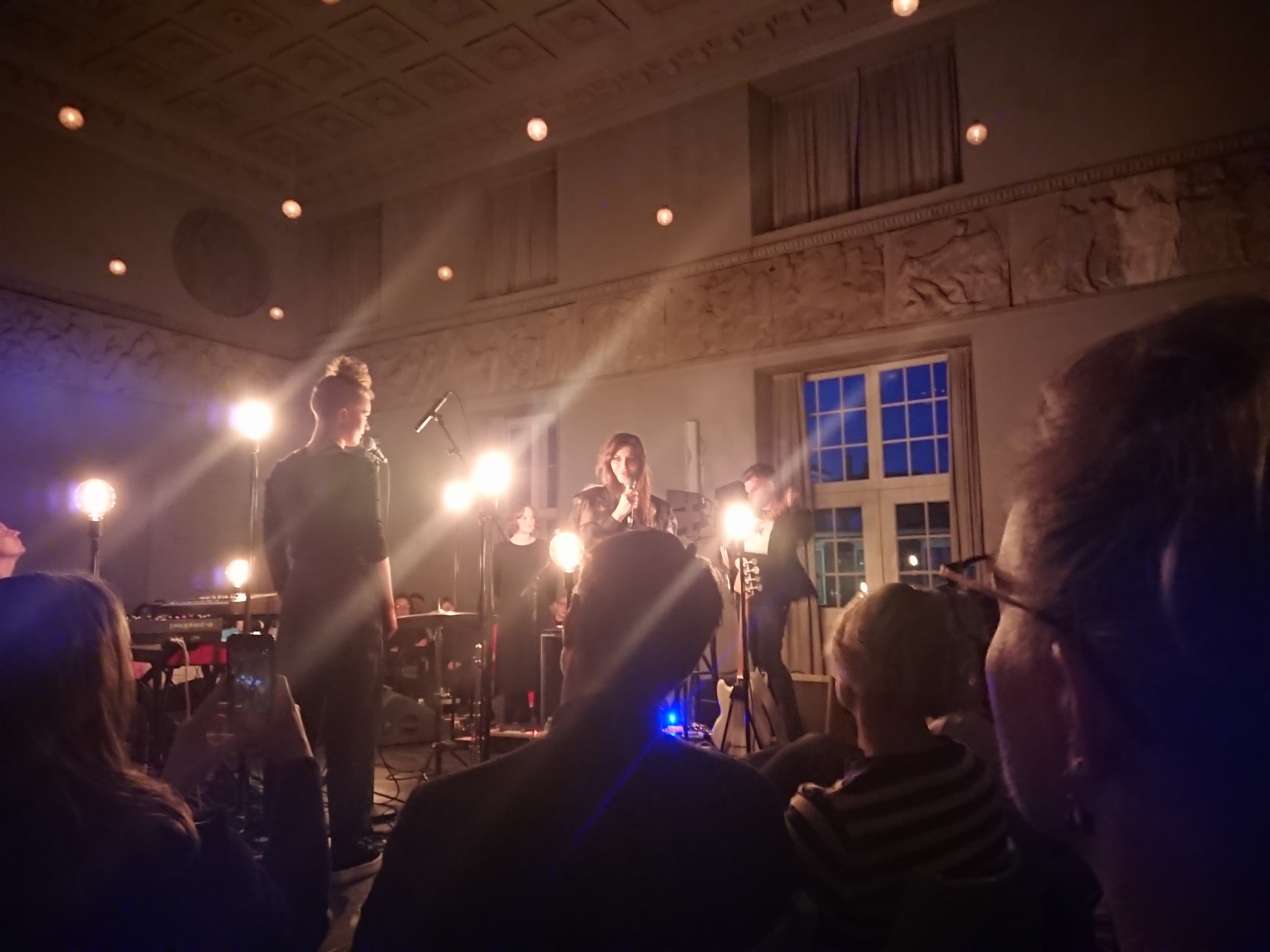