Footsteps in the forest

From a distance, it looked like there was a door in the middle of the trail. It wasn’t a door but a screen to separate us from the show we were hoping to see. With careful steps, we snuck up to the ”door”.

It was completely quiet in the forest – only the sound of silence. Very little sunlight penetrated the forest canopy. When we reached the screen we looked carefully through some small openings – but there was nothing to see on the other side.

Walter, the ranger at Copalinga Ecolodge, went around to the other side of the screen with a can filled with grains of maize. He threw a couple of handfuls of maize on the trail and came back to our side of the ”door”. We all looked at each other expectantly. The wait for the evening’s show could begin.

Fifteen minutes went by without anything happening. Maybe there wouldn’t be a show tonight? But all of a sudden something happened! We could hear something close by. It was the sound of footsteps – something was moving slowly through the dry leaves of the forest floor! 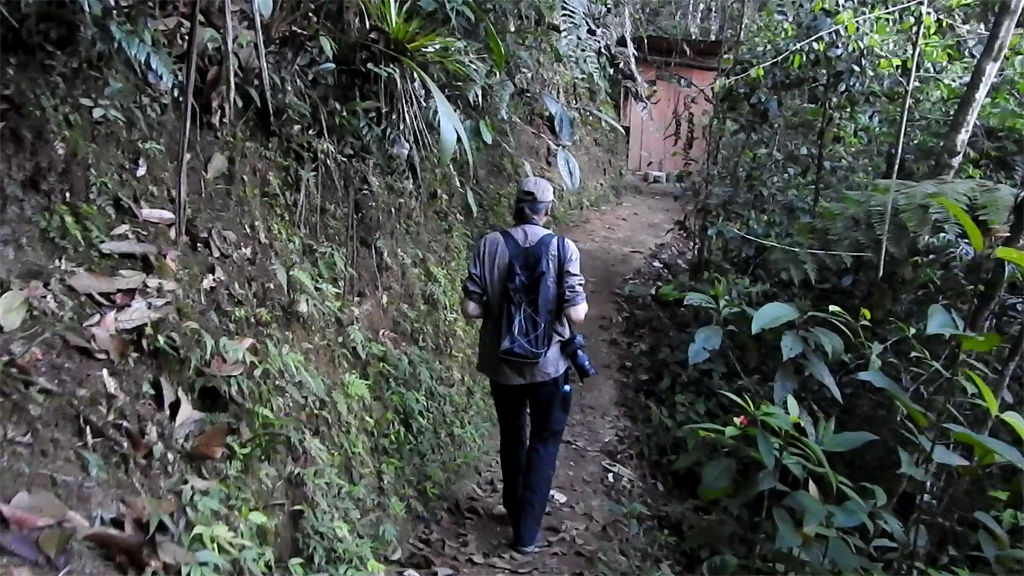 Tension grew and we looked through the ”door” – the show was about to begin.

A large dark bird stepped out unto the trail – a Grey Tinamou. It was followed by another tinamou. Slowly they started to eat the grains of maize on the trail. Just a few meters away they were enjoying the meal that had been served. They did not appear to notice the four people who were watching them.

After approximately ten minutes they had had enough. Slowly they left the trail and disappeared into the forest. 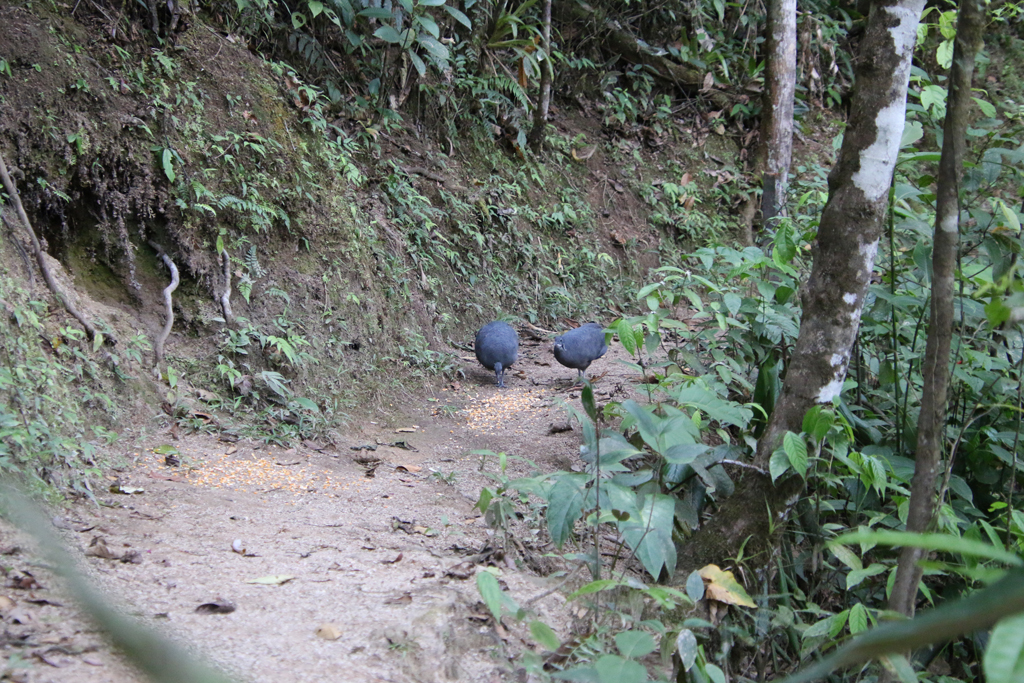 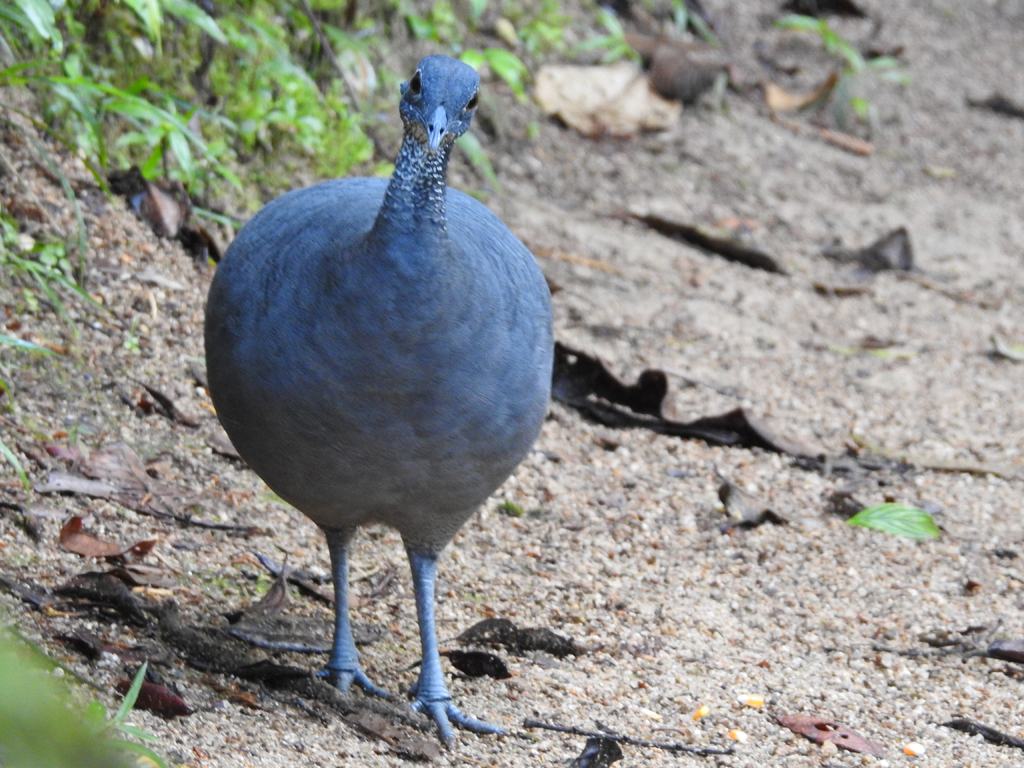 Can you set your watch after a bird?

One of our assignments as volunteers here in Copalinga (Fundacíon Jocotoco’s latest reserve) is to feed the tinamous and show the birds to tourists. The feeding takes place every day between 4:30 PM and 5:00 PM. It takes five-ten minutes to walk from the lodge to the feeding ground – a little longer if there are any birds to look at on the way. It is also quite steep, so you have to make sure that all the guests can keep up.

The tinamous are fed in order to give the visiting birdwatchers an opportunity to see a species that is normally very hard to see. So far we have shown the tinamous to Kurt (USA), David (USA) – yes the David you could read about in More birds and less soil under the nails.

We also showed a tinamou to a group traveling with Sunbird Tours. They were very excited about the experience – even though it rained quite a lot during the show. 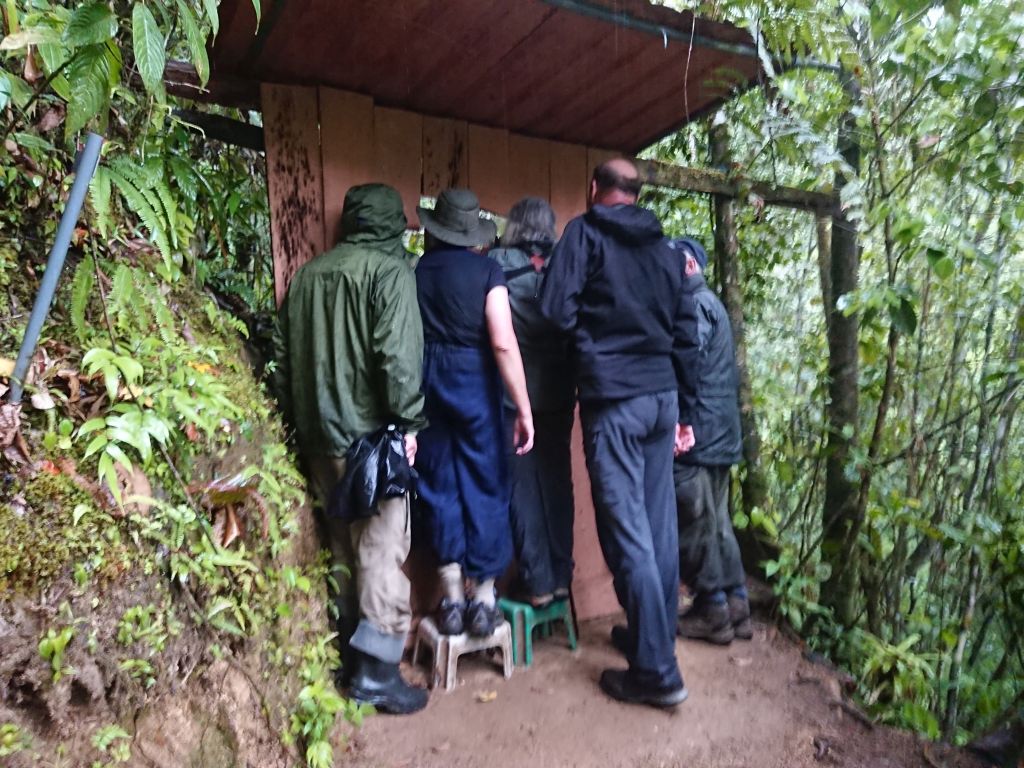 As to whether you can set your watch after a bird like the Grey Tinamou? Well… I probably wouldn’t recommend it, even though it does appear to have some sense of time. We didn’t see any on our first day. Perhaps because we didn’t wait very long as there were other assignments. The next day we waited at least fifteen minutes (as described at the beginning of this entry) before two birds showed up. The following two days there was already a bird waiting for us at the feeding ground. However, the two days after that, we didn’t see any birds even though we waited half an hour both days.

So the answer is no if it is a Grey Tinamou we are talking about.

Some facts about the Grey Tinamou

Taxonomically the tinamous belong to their own family Tinamidae. The most recent study places the family in the Order Struthioniformes, which also includes Ostridge, Rhea, Cassowary, Emu, and Kiwi. Rheas are the closest relatives.

Even though Grey Tinamou is the largest of the tinamous (50 cm and the females can weigh up to 2 kg) they live a very quiet and discreet life in the rainforest. The combination of the color of the plumage and the very low light levels on the forest floor makes it difficult to find. It moves around slowly and quietly and will run away if startled. 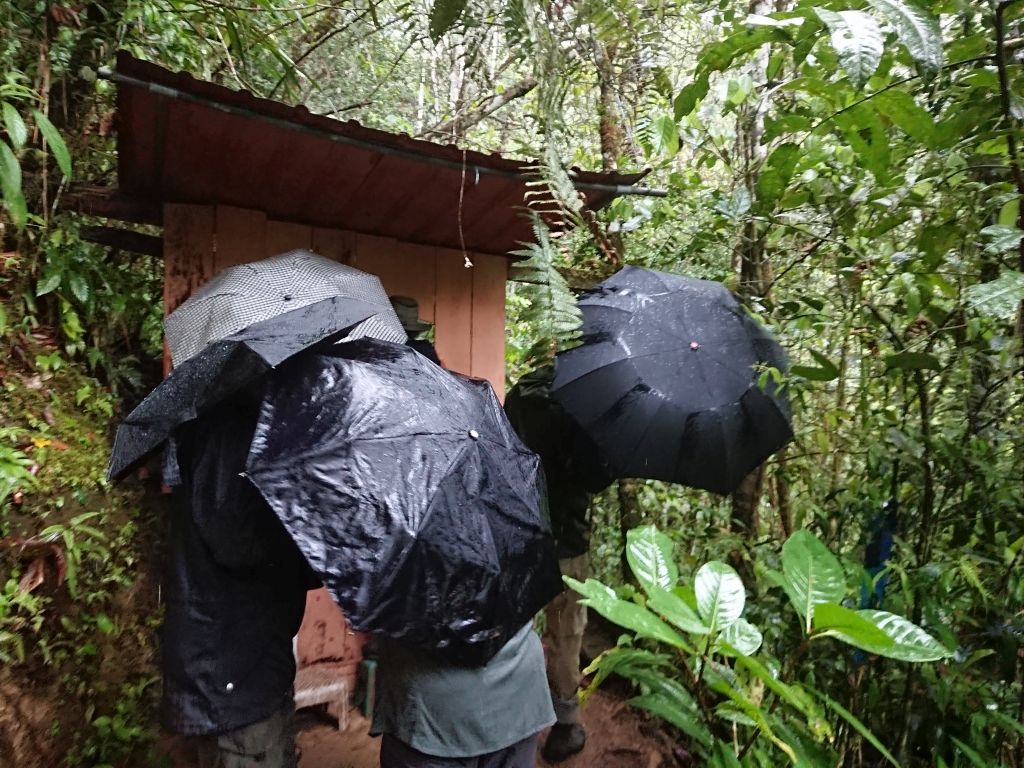 The rain did not make the experience less exciting for the participants from “Sunbird Tours”. Copalinga, Zamora, Ecuador. 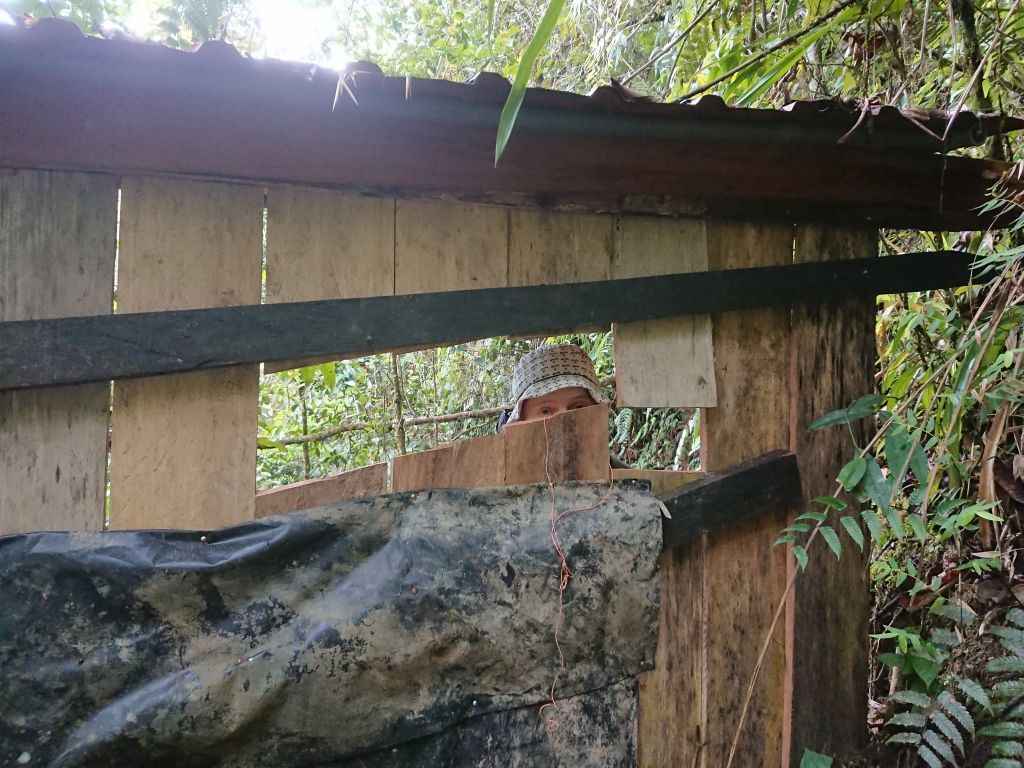 From the other side of “the door”. Copalinga, Zamora, Ecuador.